Time for Alarm, Time for Compassion 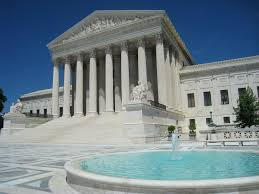 Tit 3:3  “For we ourselves were once foolish, disobedient, led astray, slaves to various passions and pleasures, passing our days in malice and envy, hated by others and hating one another.”

Tit 3:4  “But when the goodness and loving kindness of God our Savior appeared,”

Tit 3:5  “He saved us, not because of works done by us in righteousness, but according to his own mercy, by the washing of regeneration and renewal of the Holy Spirit,”

Tit 3:6  “whom he poured out on us richly through Jesus Christ our Savior,”

Sometimes when alarming decisions happen in our world like last week’s U.S Supreme Court decision, the first necessary gospel response is to remember our roots.  According to Titus, our roots are ‘slavery to every sort of passion and pleasure’.  That’s me, that’s you, we’re all so taboo.  Take a minute to imagine a list of slavish passions that run afoul to the will of God!  If homosexuality is as bad as you think it will get, stick around another 50 years, and you’ll see differently.  As bad as this situation is, is may well get worse.  My colleague at work has suggested that if political expedience would support polygamy, then polygamy may well be the next domino to fall.

But remember our roots are that we were ‘led astray.’  Therefore, we should come to grip with the reality that unregenerate minds cannot embrace the truth.  In fact, they sometimes embrace the opposite!  Take Christ out of the equation, and we should not be surprised by such sinful Supreme Court rulings.  When I was in college as an agnostic, I too became infuriated with intolerance towards abortion rights, but it was because I was ‘led astray.’  I knew no better.  I was shackled and blind in sin…Jesus Christ was a joke, a religious figurehead to me.

On this Supreme Court Justice decision some of you may think ‘but shouldn’t we expect intelligent Justices to make wise choices on this matter?’  I’ve got news for you, being ‘intelligent’ is not the issue here, even Supreme court Justices can be led astray if their intelligence is not taught by Christ in faith.  This is who all of us were before our conversion and faith in Christ.   Not only did we hate others, but we hated God.   (Make no mistake, intentionally or unintentionally, this is a God malevolent decision at the root. Rom. 8:7)  God’s laws were strange and absurd to us before Christ.  But our salvation first came in spite of such ignorance, due to the overwhelming kindness and love from God our Savior, by the ‘quickening’ of the Holy Spirit, transforming our old thinking.   Homosexuals and homosexual supporters need Jesus Christ’ gospel and our surprising compassion to be led to repentance and faith in him, as we Christians have also desperately needed.  How wonderful to see the kingdom populated by all stripes of converted sinners, and Christ excludes none!

Christian, the Bible is extremely clear on the issue of homosexuality…it is unnatural, it is an abomination (Romans 1:26, 27; Leviticus 18:22, 20:13), and therefore homosexual marriage is unacceptable to Him.  According to God, it’s never acceptable to be a homosexual, any more than it is to be a thief, a drunkard, a covetous person, an idolater, or anyone participating in other sexual deviant sins.

1 Corinthians 6:9-10 “Do not be deceived: neither the sexually immoral, nor idolaters, nor adulterers, nor men who practice homosexuality, 1Co 6:10  nor thieves, nor the greedy, nor drunkards, nor revilers, nor swindlers will inherit the kingdom of God.”

So church, be compassionate to a lost world, the world seldom takes God’s view seriously.  But church also be alarmed.  You are about to be publicly ridiculed for saying what I’ve just said above (but remember what Paul said, “when slandered, we entreat” 1 Cor. 4:13).   Sadly, even professing Christians have lost their grip on this truth, and have compromised and accepted homosexuality in part or in whole.  Don’t sell the truth short.  Care more about the Kingdom of Heaven, than in the kingdom of men.  If being popular to the world is important to you, then you cannot be a servant of Christ (Galatians 1:10).  Some of us will be vilified, preachers may be jailed, employees may be fired or not hired as a result of your honest Christian stance on homosexuality.  Still, this verse we appeal to, 1 Peter 4:16  “Yet if anyone suffers as a Christian, let him not be ashamed, but let him glorify God in that name.”